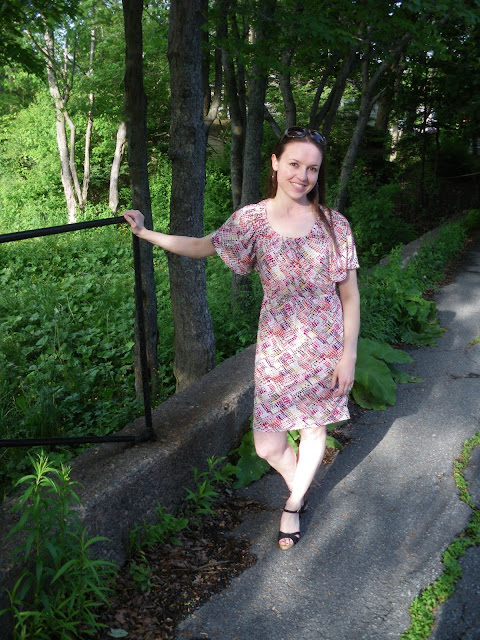 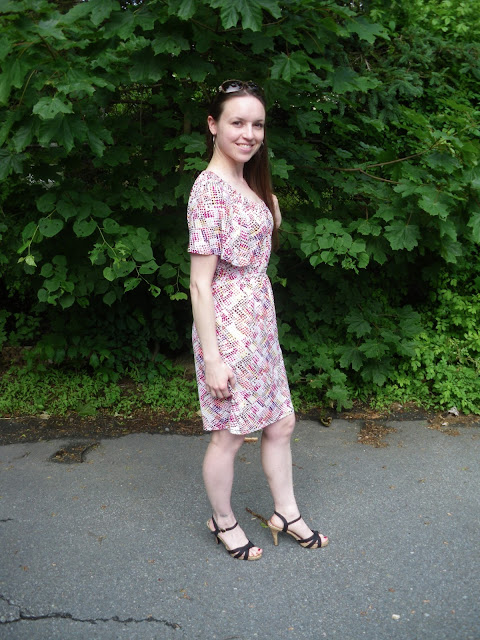 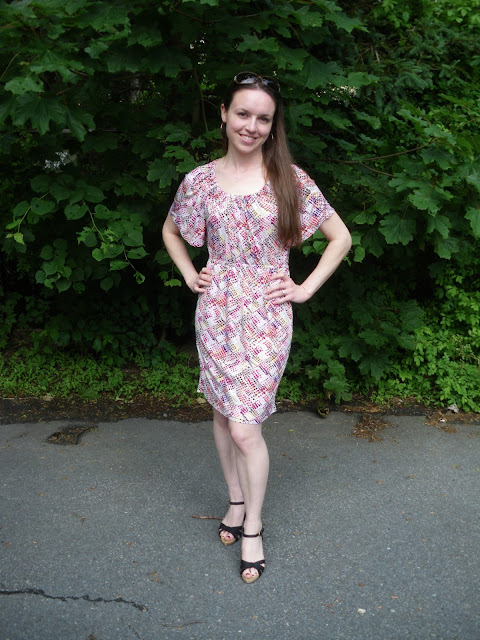 This pattern, Vogue 1224, is a much-loved favourite on Patternreview.com. There have been a great many ladies who have made fantastic versions of this dress. I admit, I've overlooked it in the past, and only really became interested in making my own after seeing the posted reviews. Not that I don't like the pattern envelope photo, but sometimes enthusiasm is catching, it just took me a while to catch on ;) My review on P.R. here.

About the fabric: It's a polyester/spandex knit from Fabricville. I just love all the different colours! My last sewing project prior to this one, was a disappointment (Mccall's 6752). There are a few favorable reviews on PR, I think it was more of a "not for me" pattern, more so than a "this pattern is awful" pattern :) Oh well!

I have other projects I need to do, but I wanted to sew up a "quick gratification" project (notice I didn't say "immediate", I haven't gotten to that speed level yet :)

My crazy cat being pesty while I sew. At one point I had to put him on the floor. He was getting a little too interested in the thread while I was sewing, and would bat at my hand when I manually turned the hand wheel :) Bad kitty!

This dress was pretty straight forward, so I don't have to go into much detail here. The only thing was pressing areas for the elastic casing along the neckline and pressing up the hem on the sleeves. My fabric doesn't like to hold a crease easily, so I made sure I pressed well, and used hockey pucks (my sewing room staple!) to help set it better (I guess you'd use a clapper in the same way?). 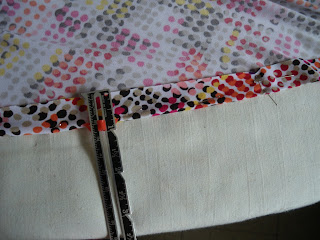 Many of you probably do this already, but I find it easy to pin my projects to my ironing board when pressing. Makes it much easier to measure hems and such :) 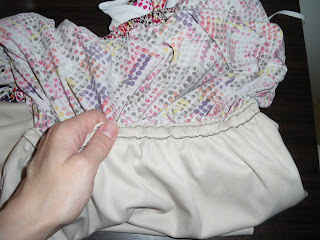 One thing I did differently for this pattern is that I used the seam allowance at the waistline seam to create a casing instead of making a separate casing, as the pattern instructs. Many reviewers chose this method and I think it makes for less bulk at the waist :)

The skirt is lined which I really like! I think its a polyester knit. I picked it up in the bargain section. 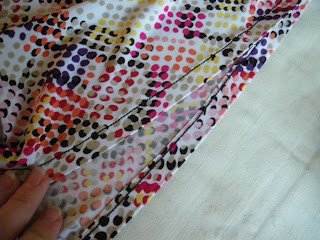 I added 2" to the length of the skirt. As many reviewers pointed out, this dress is short! I used steam a seam lite2 on the hem and then top stitched with a stretch stitch. Usually I use a double needle, but I was getting antsy to be finished this project.


I also must add, the sleeves are "bat-wing" type sleeves. 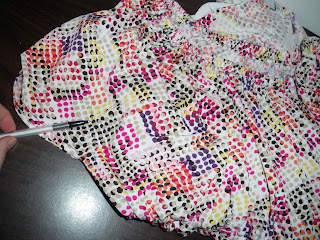 They have a line of stitching that goes on the outside of the dress towards the armpit. I didn't think the stitching went high enough. I added at least 2", and probably could've added a bit more. the pen is pointing to where the pattern says to sew it, and like I just mentioned, I sewed 2" more. 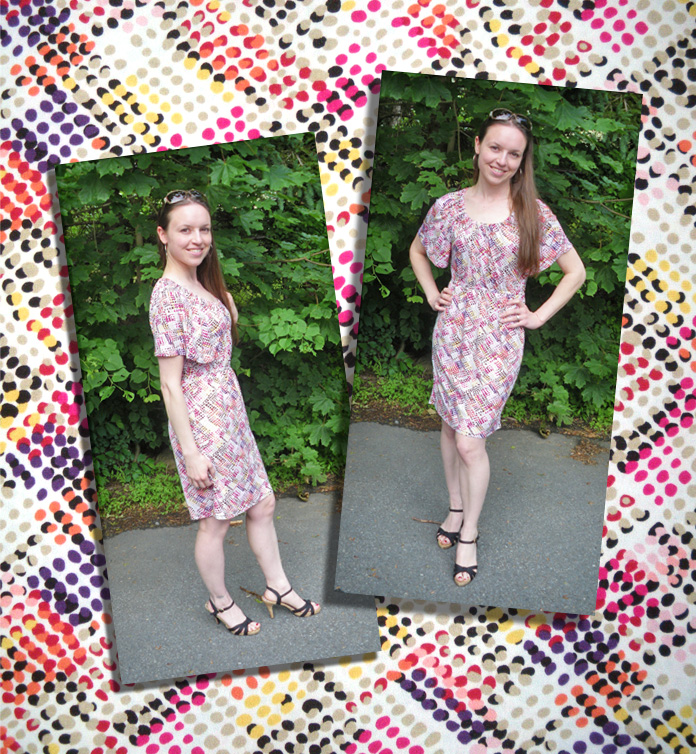 My wonderful husband put this photo together for me especially for facebook ;) . I just love it! :)
Posted by RikkiB at 06:28