Dressing up Disney Style;) with a modified Vogue 1314

Never too old to dress up, especially if there's a Disney theme involved;) The Little Mermaid is, hand's down, my *favourite* Disney movie ever!! I loved it as a kid. I thought Ariel was so beautiful & I was fascinated with the idea of mermaids. So cool! I actually wanted to make a mermaid costume last year but found out that I was pregnant, so that costume went on hold till this year;) Dan was such a sport to dress up as Eric, my prince charming;) The only part of his costume I made was the red sash (a red rectangle of fabric with 1/4 inch elastic sewn along the sides to gather and seam up the back.


I just winged it for the most part. Well, I had *some* idea beforehand but, I mostly made it up as I went. I really liked Kim Kardashian's mermaid costume a couple years ago. I just happened to notice a photo in our local paper and thus, inspiration struck;) I used my old standby pattern, Vogue 1314, to create a ruched "tail", cutting it just at the underarms of the pattern and adding a gathered rectangle of light blue fabric for the "fin". 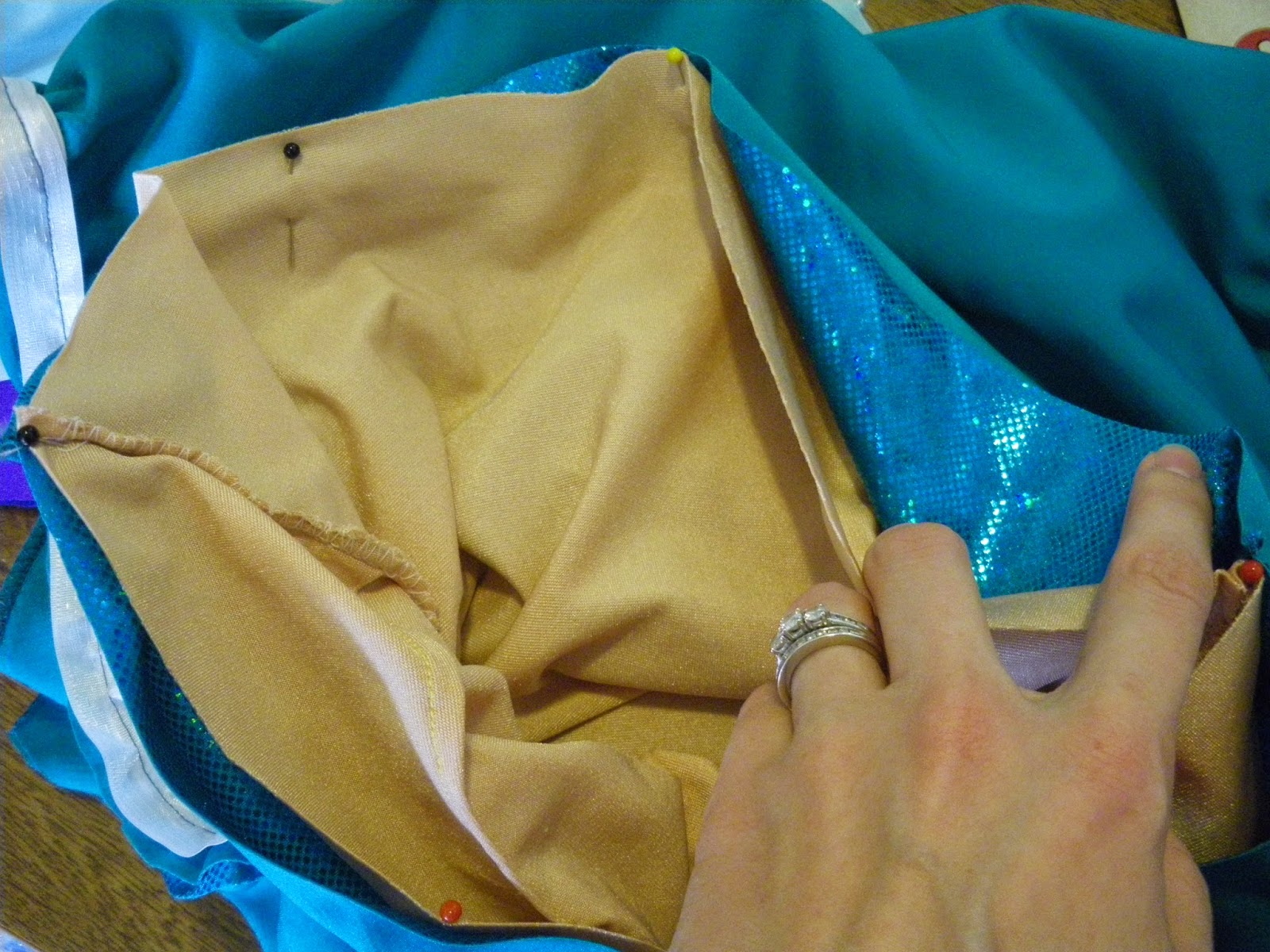 Here I have the lining and the tail fabric, right sides together, and used an overlock stitch to sew them together. 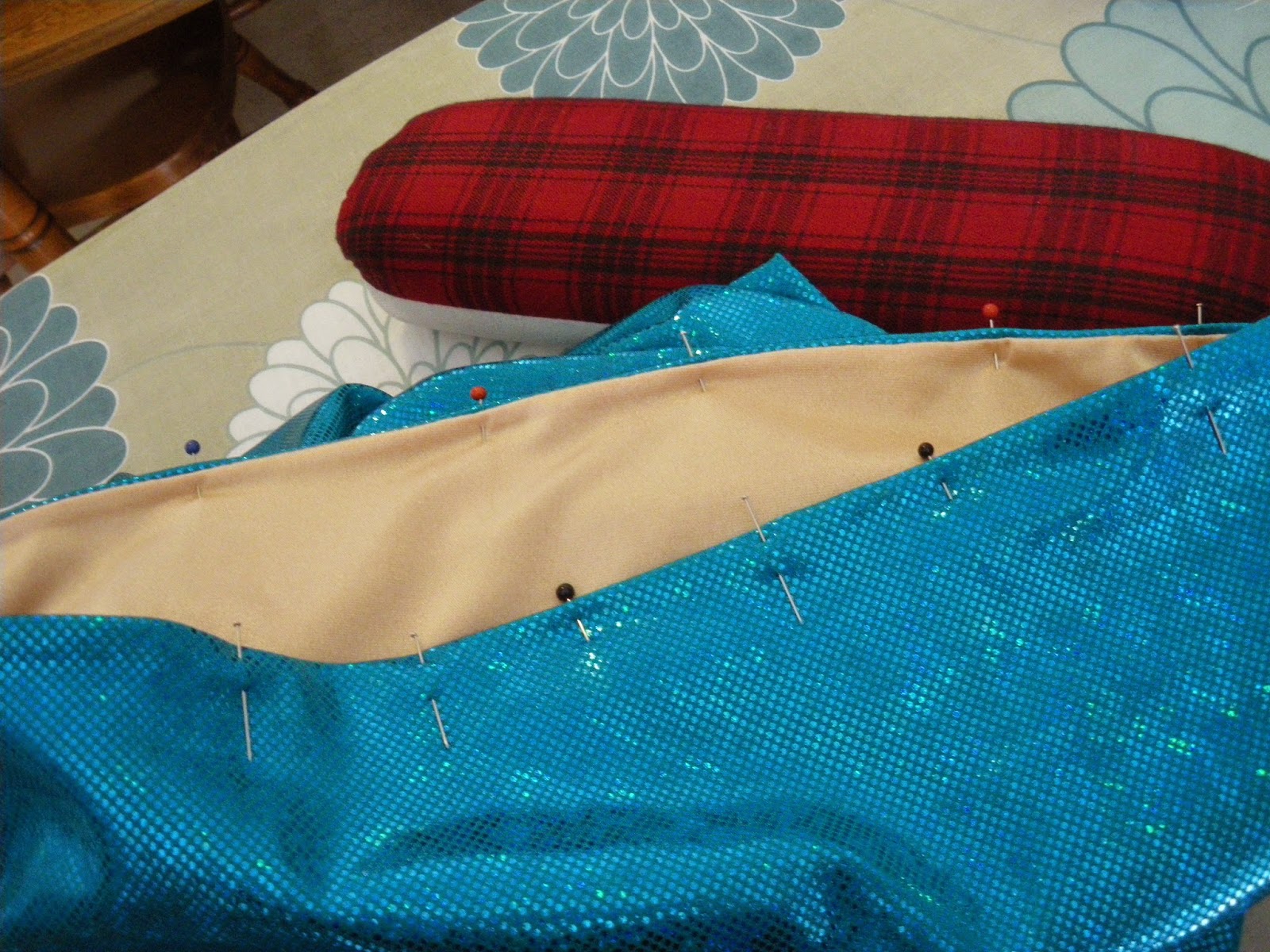 Fabric turned right-side-out and pressed. I used a double needle to sew around the top to make sure the lining wasn't going to roll out. I attached the main fabric and lining on the inside, as the original Vogue pattern instructs. I left the lining hang free at the bottom, and didn't bother hemming, as it was a knit (and a costume). I attached the fin to the main fabric only:)

I purchased this gorgeous sparkly turquoise "tail" spandex at Atlantic Fabrics. It feels very good quality. The "fin" fabric, however, I believe is just a novelty fabric & it was very difficult to work with. I had to create a casing for elastic to gather it, as basting stitches was impossible with the skipped stitches galore!:p The fabric runs easily too & has poor recovery. I was pretty much just drawn to the colour, but I suppose as it was for the fin, I didn't feel the need to inspect it as I did the tail fabric.

For the seashells, I made a pattern by tracing a shell shape (with a dart in the proper position;) on muslin fabric (directly on my body) and "truing it" as best I could & transferred it onto paper. I used a purple spandex that had a matte side and a shimmery side (was marked down due to defect on the shimmery side). 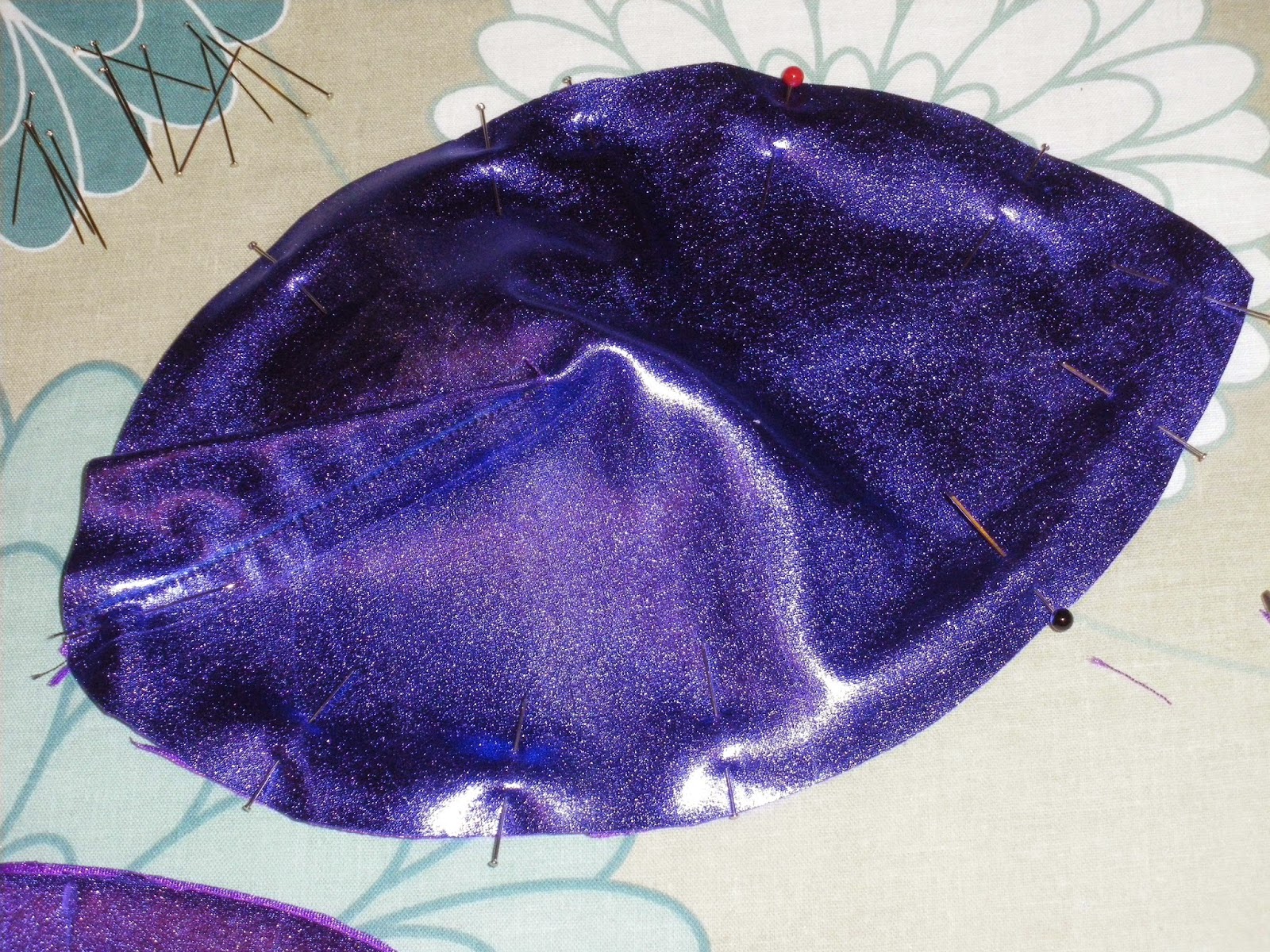 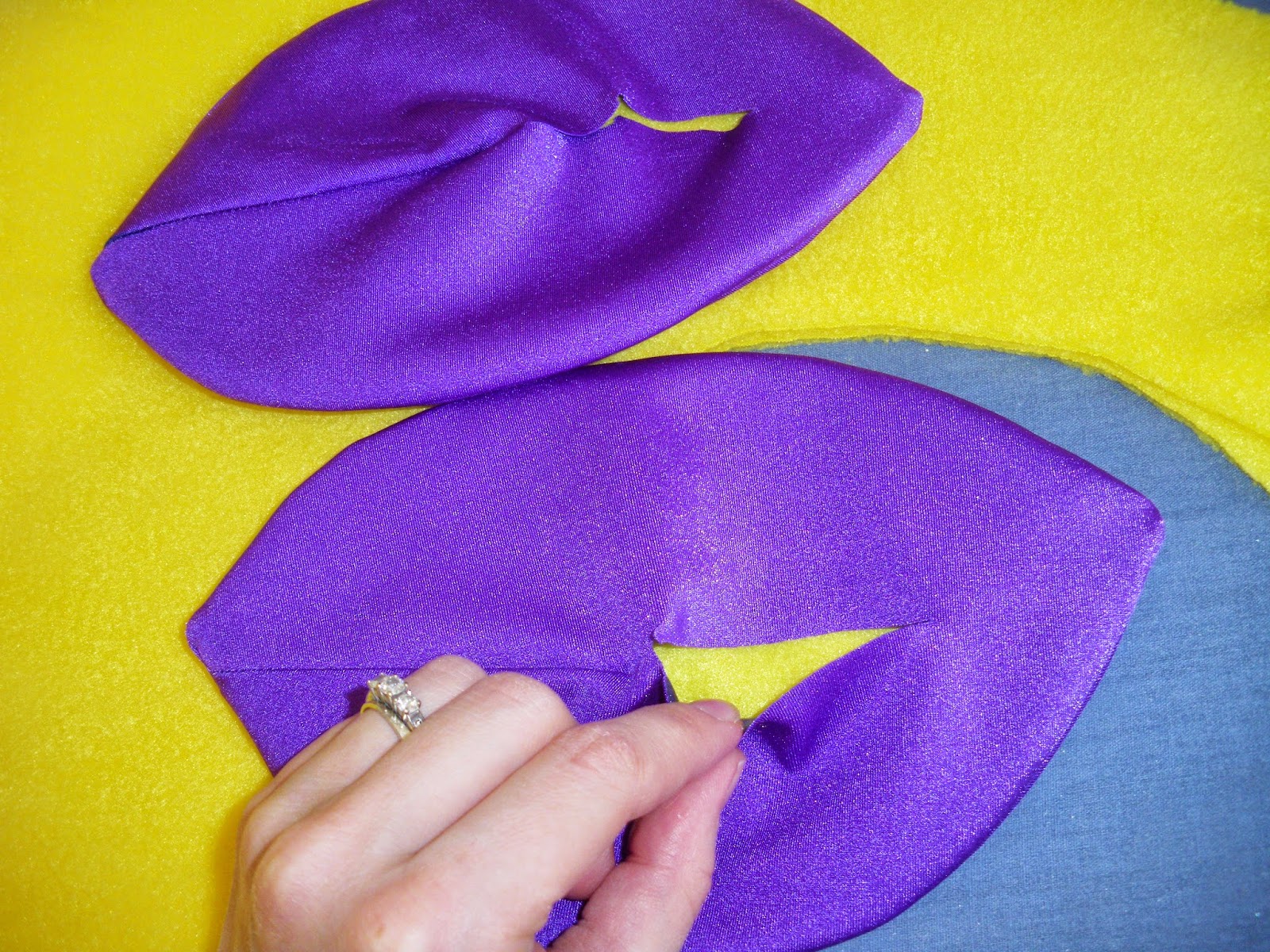 I used a layer of fleece, left over from Isaac's Flounder costume, to "pad out" the shells slightly:) This is the back. I used the less flashy matte side to show, and simply marked freehand where I thought the lines should have been and stitched over them. Not shown, but you can see more detail in the photo below. I overlapped the shells slightly when I attached them to my costume. I added a strap because, well, strapless wouldn't do!:) I thought halter style would be nice:) 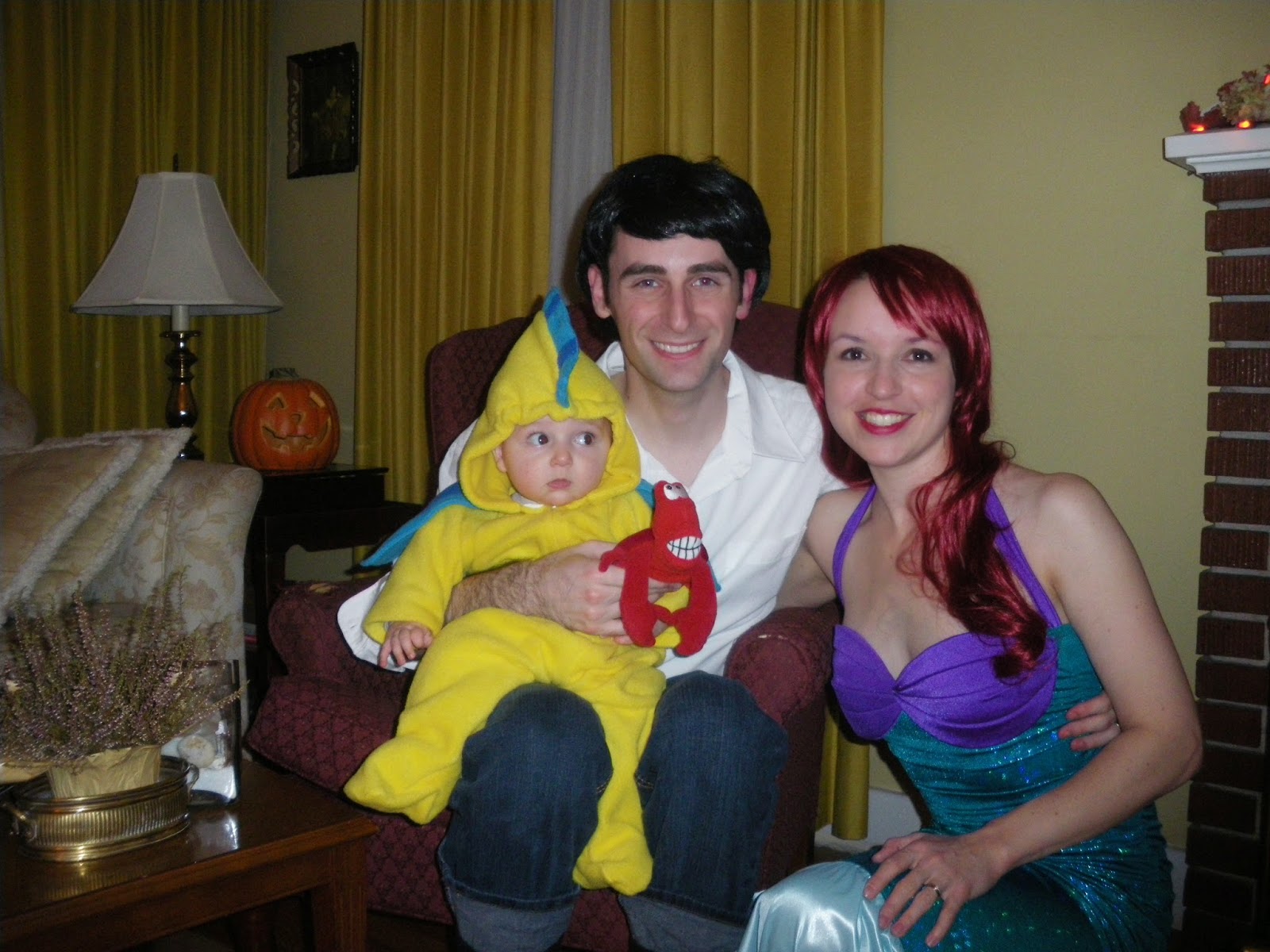 If you're familiar with The Little Mermaid,  you'll recall the scene where Ariel comes out of the water in a sparkly purple dress. I thought these shoes would be perfect :) Nice to wear my wedding shoes again! 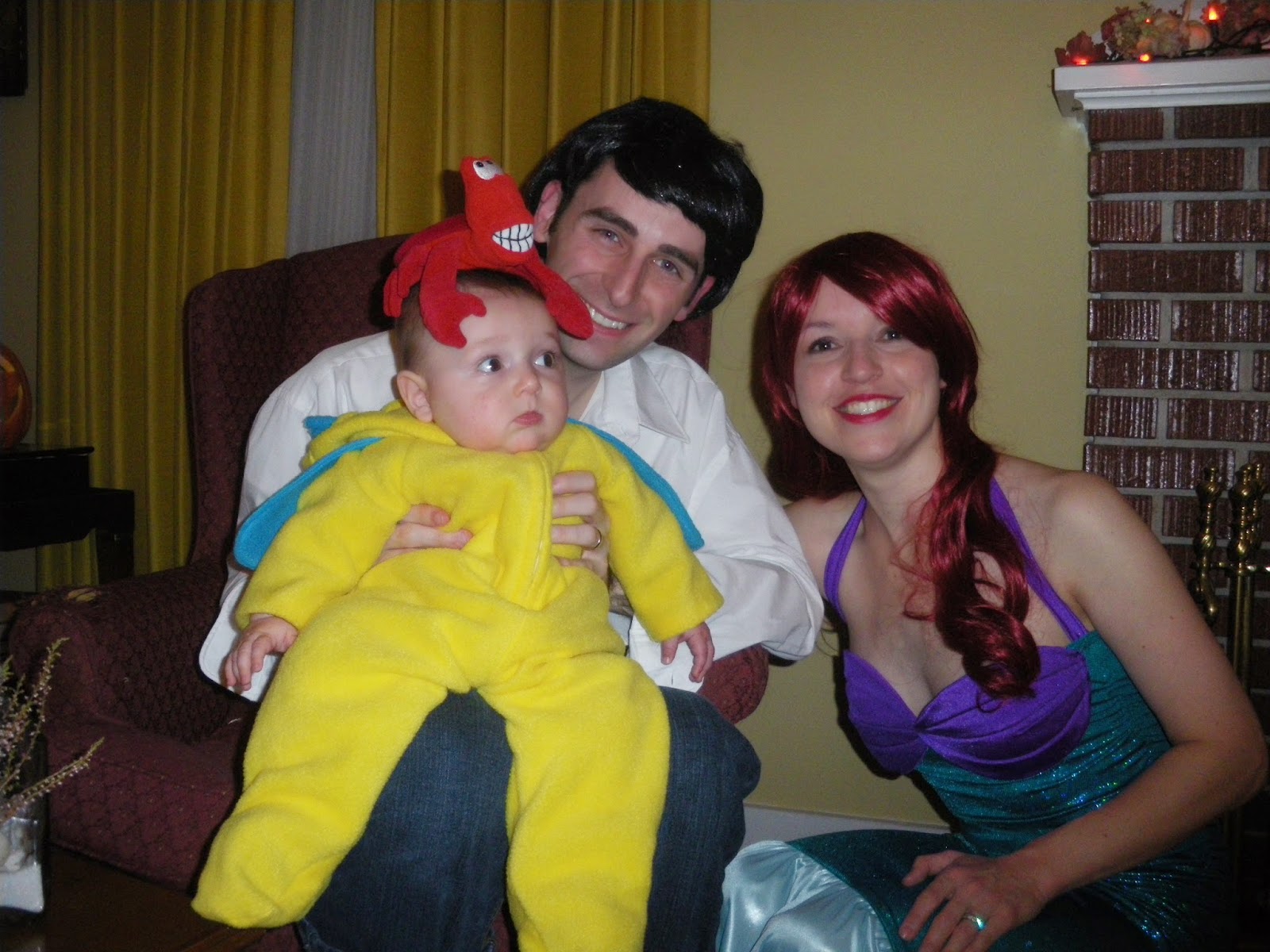 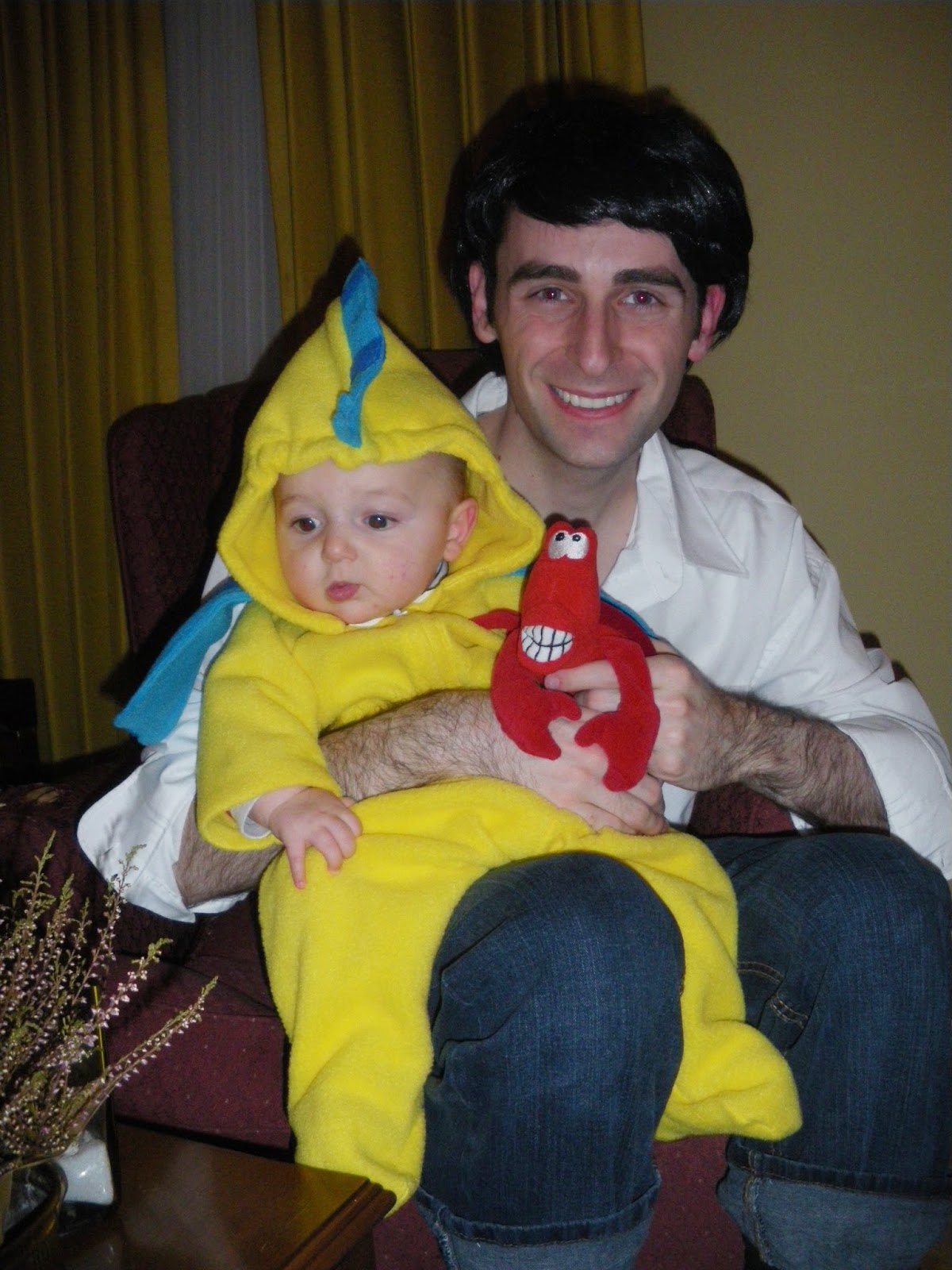 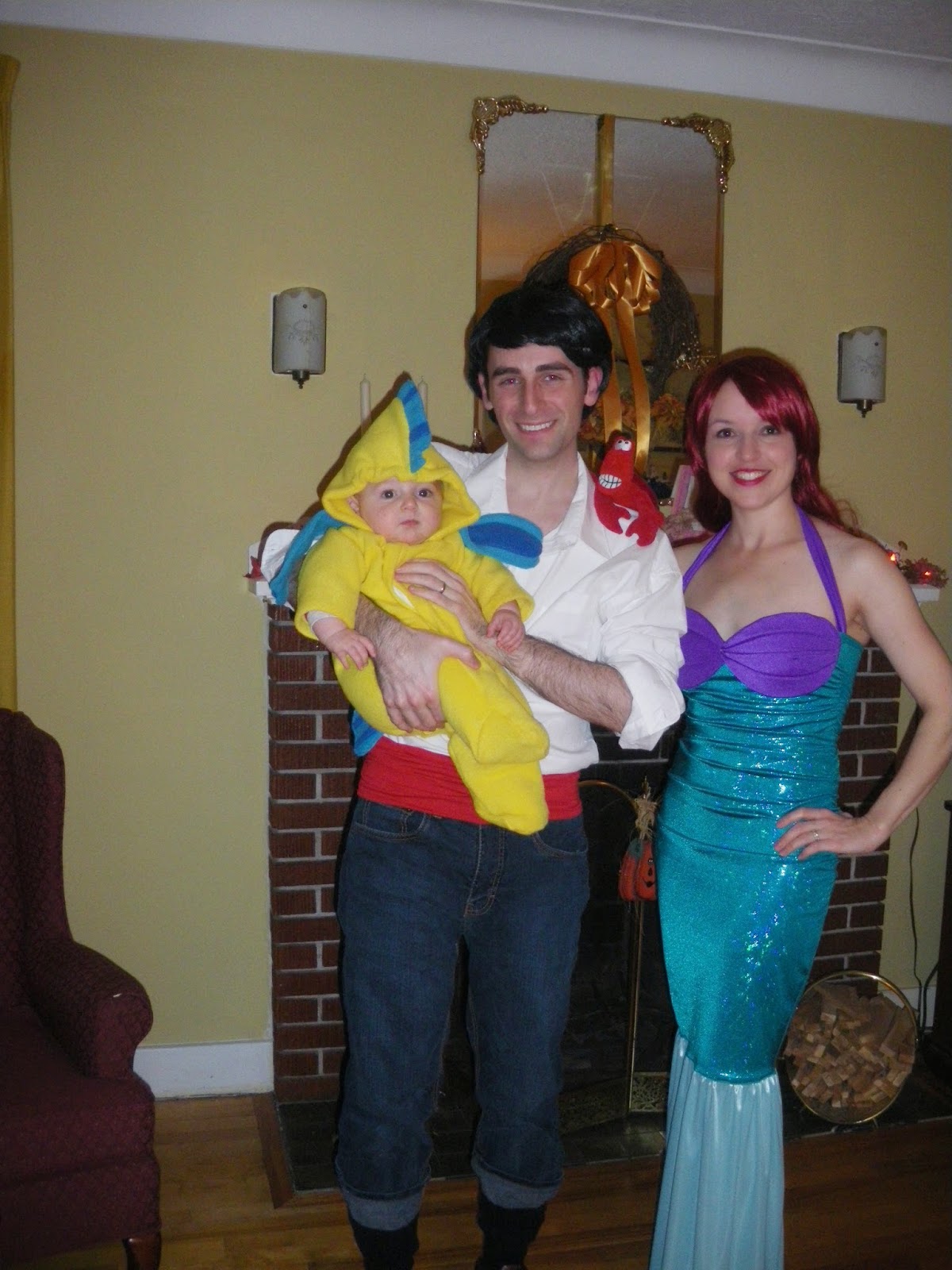 Til next year! Thanks for reading:)