Therefore, whether it was I or they, so we preach and so you believed."

The passage above is taken from the first letter of Paul to the church at Corinth in A.D. 56. As he stated, the Christian faith revolves around the death, burial and resurrection of Jesus. And to further quote Paul,

A lot of people I notice, make a point of sewing up an "Easter dress". Though we celebrate Easter this upcoming weekend, I didn't make this specifically for the occasion, plus we still have far too much snow to wear heels for the time being!:) Though I've sewn this particular pattern many times in the past, there's "A Best Pattern" contest currently running on patternreview.com and I thought it would be fun to enter.


Vogue 1314 was voted a Best Pattern of 2013. If this dress seems oddly familiar, its because I made one in a similar print, but had yellow & orange flowers (same collection). It was featured in the accompanying P.R. article! I made that one with cap sleeves but I didn't end up liking it as much as I thought I would.


I prefer the longer sleeves. I may make another one in the yellow/orange fabric because I stocked up on it!;)

I attempted to make this version a v-neck to add some interest, but it didn't turn out exactly as I envisioned:/ I would do it differently next time, but nontheless, I think I will get lots of wear out of it.

I lined the dress (which I recommend, feels much better lined!). I cut the neckline 1/4" less on the lining piece so it would roll slightly inward. I used clear elastic at the neckline as well for added stability since I didn't use the neckband piece.


I did narrow the skirt slightly to make it more of a "pencil skirt". I think its more flattering that way:)

"..The message of the cross is foolishness to those who are perishing, but to us who are being saved it is the power of God."


"For Jews request a sign, and Greeks seek after wisdom; but we preach Christ crucified, to the Jews a stumbling block and to the Greeks foolishness, but to those who are called, both Jews and Greeks, Christ the power of God and the wisdom of God."

This photo shows the adjusted the sleeve pattern piece to remove the sleevecap ease. The overlap is 6/8" or 1.9 cm. The tutorial I originally got this from recommended using a french curve ruler for a more precise alteration, but admitted that she would usually eye-ball the new curve, (which I also did ;) I used a rotary cutter.

The tutorial is found here. 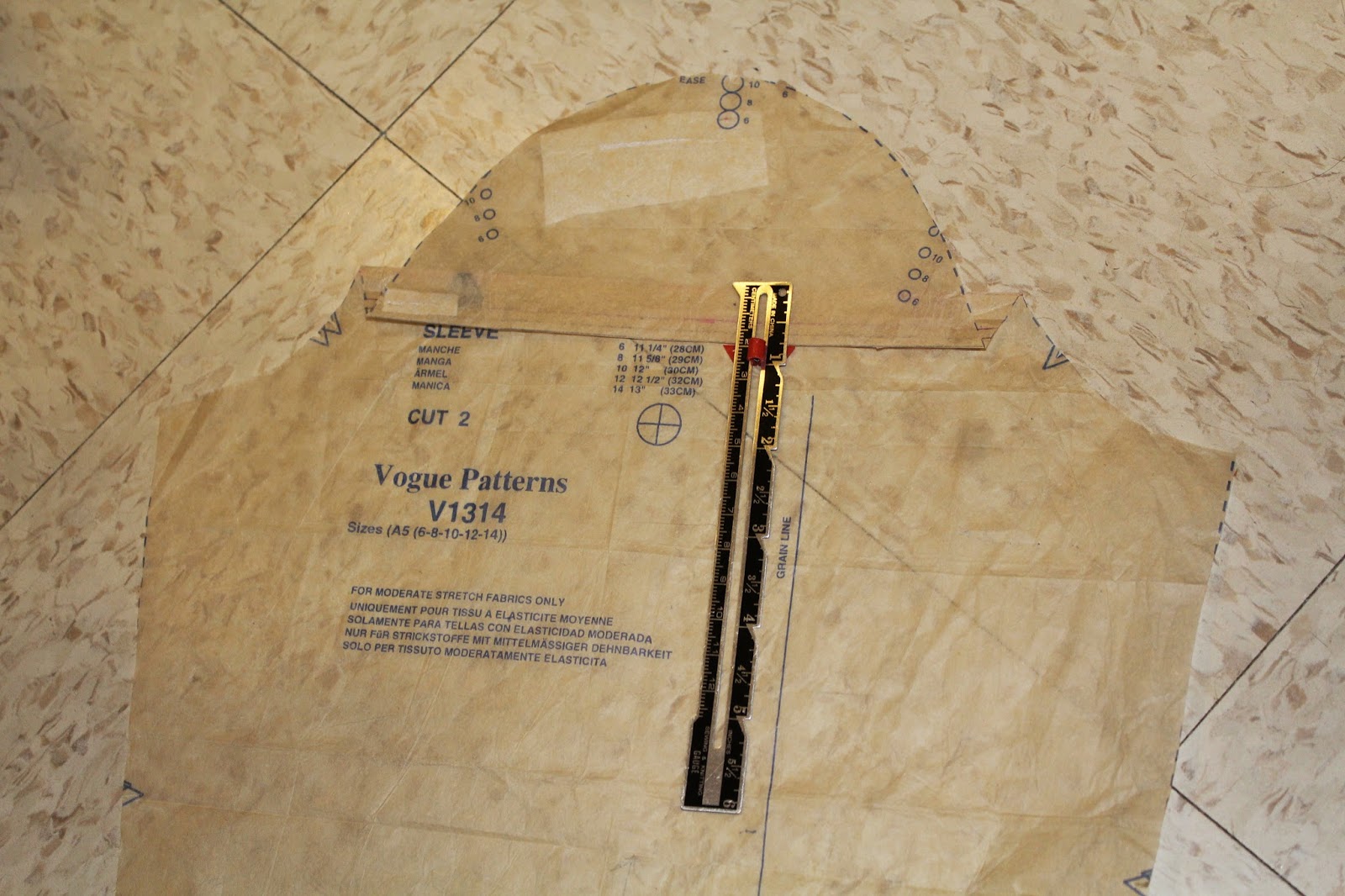