"And whatever you do, whether in word or deed, do it all in the Name of the Lord Jesus, giving thanks to God the Father through Him."
Colossians 3:17

Yay, finally got around to working on my jeans! I did all this yesterday. I was able to get a start on it yesterday afternoon while my oldest son napped. My youngest son co-operated long enough so that I got the pocket facing sewn and under stitched, added the yoke to the back pieces, finished the edge of the fly facing and sewed the fly piece. After the kids went to bed, I did some pressing, topstitching, and finished the front pockets!:) Btw, in the above photo the yoke is cut from a bigger size than I intended. I realized that after the fact:/ I'll trim it later. 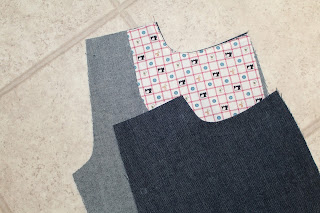 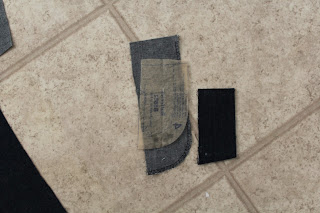 I noticed in a review that the fly facing wasn't long enough, so I cut out a much longer piece and will trim it later!:) 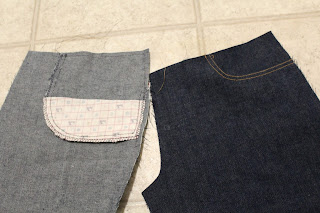 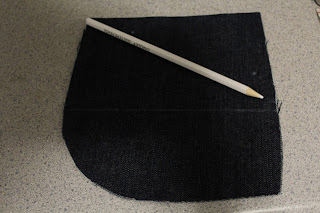 The pattern called for this piece to be all the denim, but I changed it a bit to mimic my RTW jeans:)  The fabric is a cute sewing themed print! I got it from my Aunt's relative who used to sew. 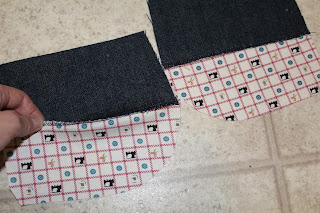 So thats it for today:) This is Thanksgiving weekend coming up here in Canada so I probably won't get at anymore sewing until next week! I don't have a Youtube channel, but there's a really cool  #Seamstresstag going around, started by the lovely Hollie of Hollie Sews! She gives a list of questions for us to answer, all about sewing. A bunch of people have participated & I've watched a bunch of them already! Very fun idea to get to know each other a bit better:) I'll definitely be doing a blog post about it but I think it would be fun to do a video as well!:)

Sorry, I need to add a video bar but until then, here is the link to watch Hollie's Video:)