"When Jesus came to the region of Caesarea Philippi, He asked His disciples, "Who do people say the Son of Man is?" They replied, "Some say John the Baptist; others say Elijah; and still others, Jeremiah or one of the prophets." "But what about you?" He asked. "Who do you say that I am?" Simon Peter answered, "You are the Messiah, the Son of the Living God." Jesus replied, "Blessed are you, Simon son of Jonah, for this was not revealed to you by flesh and blood, but by My Father in heaven. And I tell you that you are Peter, and on this rock I will build my church, and the gates of Hades will not overcome it."

So, yeah, I've put my jeans aside for the time being! I was just too excited about starting my jacket:)! I had originally planned to just cut out the fabric, but once I cut it out I wanted to get at it right away! Ha. Most of the shell of the jacket is done. I will line it for sure, the inside seams are not pretty, lol. Plus a lining will make it look much more "finished".


I made some rookie mistakes with the pockets at first and now I'm like, "how did I not know this to begin with??". I did learn through the FB group though, that the pattern illustrations are not shaded correctly, and they posted the updated instructions. I just shaded the illustrations on my instructions (and I still did the pockets wrong at first, lol!). The pockets are sewn in like normal side-seam pockets but with a welt. I made it a lot more complicated than it needed to be! I'm going to share some photos since when I googled for help with them, I couldn't find anything at the time. Maybe it'll help someone else:) 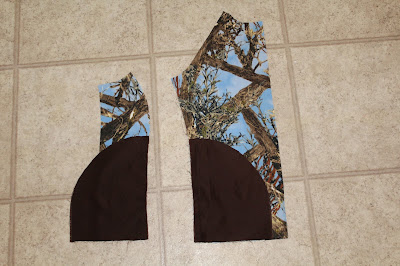 This is how the pockets are placed at first, over the welt in Step 6. 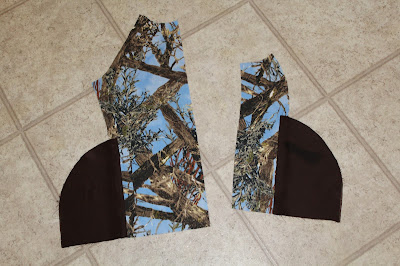 This is how the fronts look after being pressed ( Step 6). Its difficult to see the welt, but its still facing the same direction after pressing the pocket.

The pattern illustrations show the fronts from the inside in this step. I thought the instructions after this were pretty good, and was able to figure them out fine from here. I did sew down the right welt (edge stitching in Step 10) in the wrong direction though, but I think this was due to me being in a rush trying to play catch up, not because I couldn't understand the instructions. I hadn't basted the pocket along the bottom at that point in Step 9 (yeah, I forgot to do that, oops). I had a bit of a panic moment until I realized it was easily fixed. Just had to rip out the topstitching and re-stitch it in the opposite direction. *Sigh of relief*. 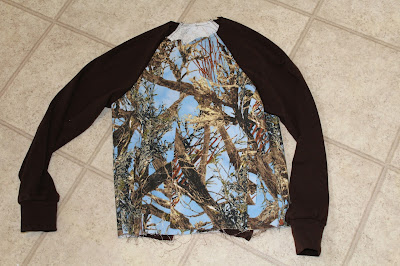 Really starting to look like a jacket! I will hopefully get some more done tonight after the kiddies are in dreamland:)